After the first war of Independence of India 1857, British established the complete colonial rule all over the country of India. Tyrannical colonial rule made every Indian to live a moribund life. Though India lost the revolt of 1857, it had certainly ignited the youth of India. Vasudev Balwant Phadake, who is known as the father of Indian armed rebellions, severely attacked British rule with the help of his own army and became an inspiration for the fellow freedom fighters.

Chapekar brothers named Damodar, Balkrishna and Vasudeo are one of them. The epidemic of plague caused havoc all over the world in late 19th century. For a quick control on epidemic in Pune, British government appointed a special committee headed by an ICS officer Walter Charles Rand who had brought shame rather than relief to plague victims of Pune. His officers and solders wrongfully oppressed the people in the name of prevention of plague, misbehaved with women and patients brutally, polluted sacred places in houses and embarrassed men and women. To take a revenge of it ChapekarDamodar  along with his brothers shot Rand to death on 22nd June, 1897.

Damodar, Balkrishna and Vasudeo Chapekar and their accomplice Mahadev Ranade were hanged by British government on 18th April, 1898, 12th May 1899, 10th May 1899 and 8th May1899 respectively. Widows and sibblings of Chapekar brothers struggled for their survival and left their home. 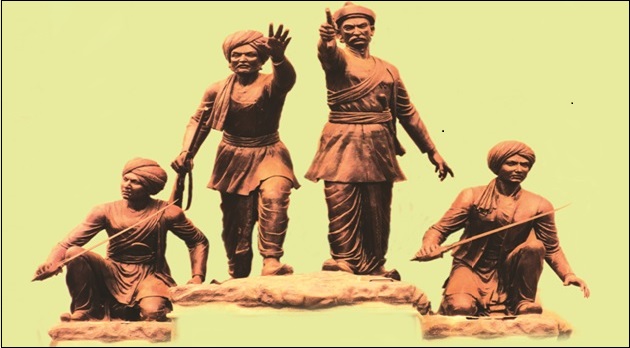 In the period of time, successors of Chapekar family took charge of the property. And birth place of revolutionary sons of motherland that had witnessed their upbringing, the course of their severe exercise, the place that had accompanied their widows after their martyrdom was engaged in illegitimate activities.

In 1992, Samiti had purchases wada from owner. Samiti initiated education section on June 9, 1975 by starting nursery- Balwadi with 18 numbers of children. Today, education section of Chapekar Smarak Samiti has two educational complexes, one at Chinchwad and the other at Thergaon providing education to about 1600 students from pre-primary to higher secondary level. Chapekar wada will be raised as a national monument that will exhibit glorious history of India, its culture and heritage, collection of Chapekars’ articles, portraits and history of men and women revolutionaries of India and many more.

Well equipped library, gymnasium and a conference hall will be the part of this monument. Gurukul tradition of education was eradicated by British that resulted into lost of unique structural identity of Indian society.

Punarutthan Samarasata Gurukulam is the project of Krantiveer Chapekar Smarak Samiti initiated in 2006 to bring the structural harmony of the society back. Gurukulam provides blend of traditional, skill based and modern education to the students from de-notified tribes such as pardhi, katakari, dombari etc and children of beggers, foot path dwellers as well. As on today, about 350 students are taking education in Gurukulam. 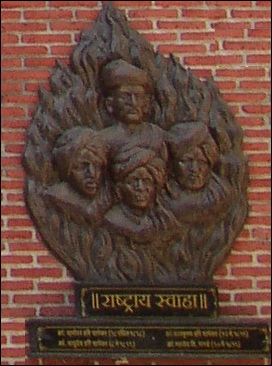